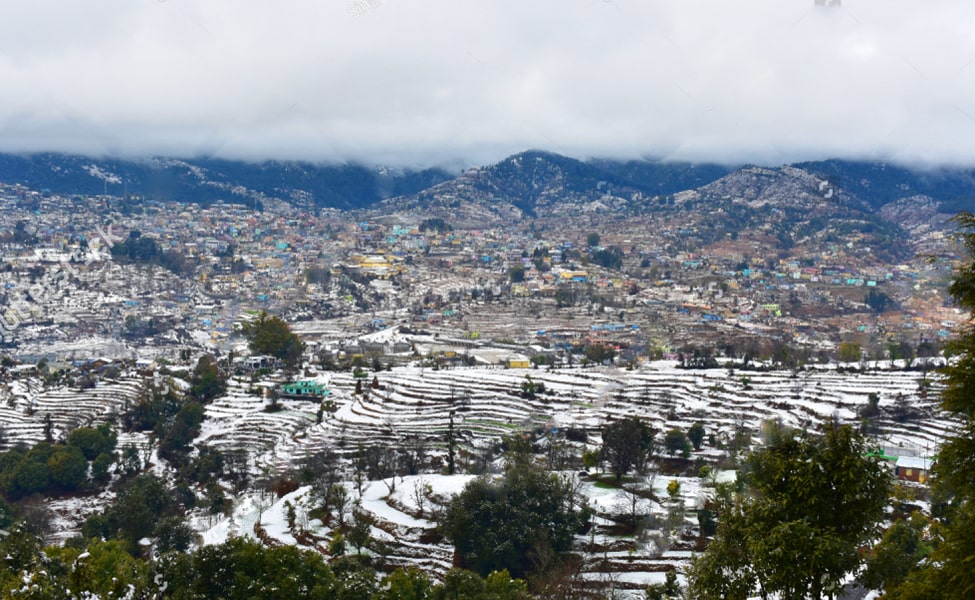 A journey that seizes your heart with adventure and offers challenging terrain, perfectly describe the travel experience to Champawat. It is distinct in a way that will push your mind and body to explore your limits and will allow you to discover something very different from the standard hill stations that are buzzing with tourists.

It might not be the most developed place in the state or not even most populated but it is certainly popular for its difficult terrains among adventure-seeking travelers. It is not a usual mountain hill spot, it is crude, raw and you will hardly find any guides escorting tourists to this place.

This place does offer the usual carved out temples and tourist spots on the banks of the river, but it still offers more thrill and opportunity for you to explore this place.

Make sure you do your research before you decide to set foot in this place for you might feel lost, especially if you don’t know anything about this place.

Champawat is also considered an important religious place for devotees. According to Hindu mythology, Lord Vishnu appeared here in the form of a tortoise (Kurma Avatar). Also, the famous epic Mahabharata mentions this place when Pandavas spent some part of their journey in this town during their 12-year exile.

The Chand Rulers from ancient times also made this place as their capital and built many temples in this region, which still adorn this small town. The Nagnath temple, Baleshwar temple, and Kanteshwar temple are some major religious attractions where devotees come to prayer. Apart from the sacred temples, the town also flaunts its scenic beauty. You will find rich flora covering almost 65% of the district, of which Jamun, Sagoon, Teak, and Babul are some of the major trees found in the region. The main town is nestled between the rich flora and fauna of the region. It is an ideal spot for people who are looking for a budget-friendly holiday.

This is a historical Shiva temple in Champawat at around 75 km from the Pithoragarh. It is known to be one of the best structures observed in the Kumaoni architectural form. There may not be present any real evidence of the period in which it was built, but it is known to be constructed around 10th or 12th century AD.

The name of the temple translates to ‘water reservoir of a one-handed man’. It is located around 4 km away from Champawat. The beautifully carved stone structure around the reservoir shows the excellent architectural skills of ancient times. The story being this place is of an artisan, named Jagannath Mistri, who built this temple for the Chand rulers of the Chand dynasty.

The temple is situated about 6 km away in the east of Champawat city. It is a beautiful shrine that is devoted to Lord Shiva and lies at a hilltop. Also known as Kandev or Kurmapad among locals, the temple is one of the major attractions of the region.

If you move further 14 km from Champawat, you will find a lovely hilltop tucked in the green surroundings and mountains. It is mesmerizing enough to invoke the freshness in your mind and peace in your soul.

Going a bit farther from the town, you will find a magnificent natural cave that is believed to be the meditation place of Lord Shiva. It is also believed that Goddess Durga appeared in the dream of a villager and showed him the way to this cave. Therefore, many ascetics and saints have been meditating in this cave to seek salvation and free themselves from the cycle of birth and death.

Although Champawat is open to visiting round of the year, the most favorable month would be between March and June, offering recluse from the heat of the other cities of the country. During this time, the temperature is not too high or low and rain will not be an obstruction. You can go for sightseeing and trekking tours in Summer. We would not suggest traveling to this place during monsoon as heavy rainfall often leads to roadblocks and landslides.

Winters are extremely cold and it is advised to take a good amount of woolens between December and February.

Reaching this place by air is not possible. However, if you are coming from far away places in the country, you can reach Pantnagar airport, which is around 160 km from Champawat, and then hire a cab, train or bus to reach Champawat.

Tanakpur Railway Station is around 60 km from the city from where you can take a cab or a local transportation facility to reach Champawat.

Both private and public buses are available from Tanakpur and Haldwani.