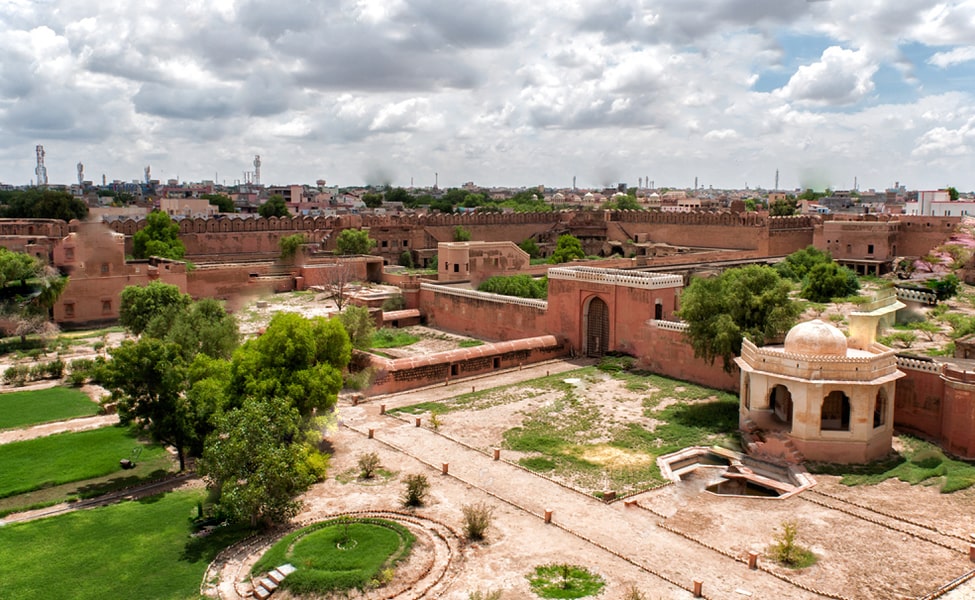 Bikaner is located in the north-west side of Rajasthan. It is basically a desert town. Its location is in the middle of the Thar Desert increases the beauty to the next level. Bikaner is known as the ‘camel country’. As they are an essential part of the lifestyle and provide the best camel riding experience in the world. The city is encompassed by a 7 km long wall having 5 entrances. The town has many sand dunes in the vicinity. It has become an international tourist attraction.

The Rathore prince Rao Bikaji founded Bikaner a long time ago. Previous known as “Jangladesh” was transformed into the massive city by this valorous prince and ruled by his descendants. It was founded in 1488. The town inherits the royal Rajput culture which is prevalent in every corner.

The town boasts of ancient palaces and temples. The Junagarh Fort, which portrays the Rajput form of architecture, is the most popular in Bikaner.  The glorious culture of the Rajputana has been kept intact by the locales. Bikaner has many Jain temples. It hosts many fairs and festivals. Bikaner is also famous around the globe for its sweets and Bhujia.

Places to Visit in Bikaner

A walk into the Lalgarh Palace will take you to the mixture of Oriental Rajputana and European architectural delight. Lalgarh Palace was built with red sandstones with dedication and details. It was built by Maharaja Ganga Singh Ji, in the memory of his father in 1902. The British architect Sir Swinton Jacob designed the Lalgarh palace and hence and amalgamation of two wonder styles was created. The palace carries the remaining of past memories, hunting trophies, and life-size paintings.

The visiting time is from 10 am- 5 pm. Sunday remains closed.

The fort was being invaded many times but nobody succeeded in doing so. The magnificently caved walls and balconies of the Fort are well maintained by the authorities with tremendous effort. The four attractions of Junagarh Fort are Anup Mahal, Badal Mahal, Phool Mahal, and Fort Museum.

Maharaja Ganga Singh of Bikaner built the magnificent Gajner Palace in the midst of Thar Desert. It is one of the wonders created by the royal family of Bikaner. The unique terraces and balconies, majestic architecture, and carved Jharokhas and pillars convey the taste of the royalty. Take boat rides; enjoy walks and dinners and safaris. The hotel is partially transformed into a hotel.

The best season to visit Bikaner is from the period of October to March.

The nearest airports are Jodhpur, 254 km and Sanganer, 325 km

Bikaner is very well connected by roads from nearby important towns and cities.