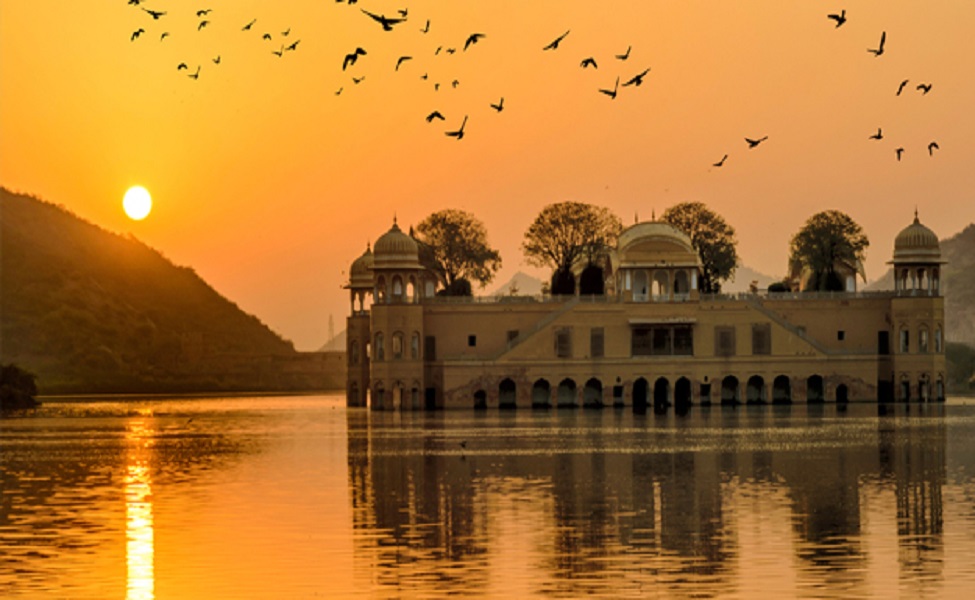 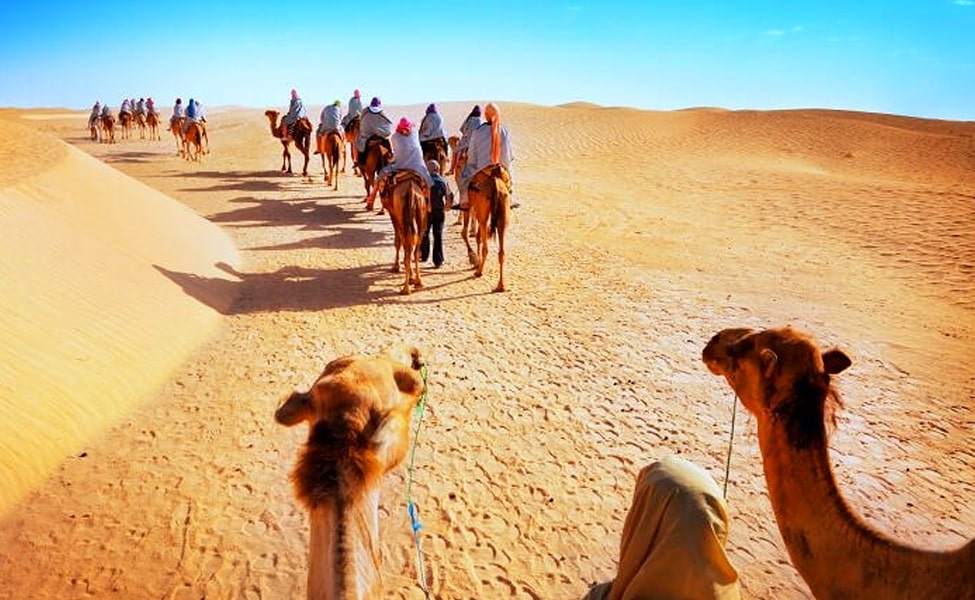 Jaisalmer – The city of forts and palaces

Situated amidst the scenic exquisiteness of the Thar Desert, Jaisalmer is one of the most popular tourist destinations in Rajasthan. Combined with the bounties of nature’s exotic beauty and grandeur historical value, Jaisalmer was also known as the Golden City during the Rajput Rule, and that’s why this is undoubtedly the most sought after tourist spot in Rajasthan. Just like an amazing Arabian piece of fable, Jaisalmer is spread along the warmth of the desert emanating some magical grandness. Jaisalmer is situated at a distance of 575 km from Jaipur and is spread over an area of 1429 sq km.

Jaisalmer has been christened after the king Rawal Jaisal (which literally means the hill fort of Jaisal) who had founded this city. Earlier than that, it was a part of Gujarat. Jaisalmer always resisted the ruling of the invaders in its past and was never a part of the great Mughal Sultanate. Emperor Akbar had married one of the princesses from this city and thus it was able to maintain a cordial relationship with the Mughal rulers. In the later era also, it was one of the last places to have come under the British Raj.

The city is renowned for its folk music and unique dance forms. There are many historic places of value and rich traditions to watch for. The Jain temples, palaces, huge sand dunes, and other displays of art and craft of that era are subjects that bring a huge number of visitors to Jaisalmer from every part of the world. There is one unique Desert fair which is held every year that has caught the eyes of the tourists where many activities such as camel shows, camel rides, and other adventures are celebrated.

Places to Visit in Jaisalmer

Sonar Quila means the golden fortress. It was constructed in 1156 b the Rajput king Jaisal at the Trikuta hills. This sandstone fort has amazing architecture scripted in its design.  This fort was used by the Rajput kings to protect themselves from the attack of the enemies. Many battles were fought in this fort. There are Jain temples and a Laxminath temple inside the Jaisalmer Fort. Thousands of people visit this place every day to catch a glimpse of the beauty it offers.

The Tazia Tower is a marvelous five-storied structure and is a popular tourist spot in Jaisalmer. It is situated amidst the wonderful location of Badal Palace near the Amar Sagar Gate. There are exotic balconies on each floor, which in turn enrich the architecture of the tower. Since the tower was designed by Muslim craftsmen hence it has reflections of the Muslim saints’ mausoleums. It has been crafted and designed with many colorful papers and carvings.

The Raj Mahal or the main palace where all the royal family members of Jaisalmer used to live was built around 1500 A.D. The king had employed the most skillful architects and craftsmen to build this Raj Mahal. It is a huge seven-storied building placed inside the exotic Jaisalmer Fort. There are green lawns and well-maintained gardens around the periphery of the Raj Mahal.

Jaisalmer is packed with many Havelis. However, the main three among them are – Patwon ki Haveli, Nathmalji ki Haveli, and Salim ki Haveli.

The Patwon ki Haveli was started by a rich merchant called Guman Chand Patwa but could be completed by his sons after his death. It took 55 years to complete. This five-story building is the largest Haveli in Jaisalmer.

The Salim ki Haveli was constructed by Salim Singh in 1815. This Haveli has beautiful crafting of peacocks on the roofs and walls.

The Nathmal Ji ki Haveli has fantastic carvings of elephants, soldiers, flowers, and birds. This is one of the prime attractions since it is located in a scenic setting.

How to Reach Jaisalmer

Jaisalmer is directly connected by flight from Delhi and Jaipur.

It is a 6-hour journey to/from Jodhpur which is then connected to Delhi and Bikaner.

There are well connected public and private buses that connect Jaisalmer to Jodhpur, Bikaner, and Jaipur. There are also connections to Ahmedabad and Bhuj in Gujarat.